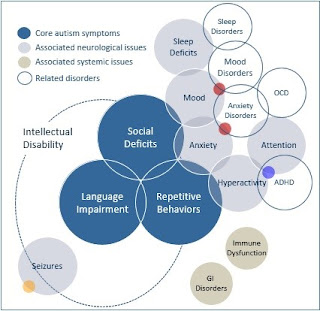 As you might perceive, for kids on the Spectrum, engaging these three components are not so simple. First of all, religion and spirituality. As has been noted by psychologists and people who study these things, people on the Spectrum are far more likely to be atheists. According to a survey done not too long ago, “respondents with high-functioning autism were more likely than control subjects to be atheists and less likely to belong to an organized religion… And atheists were higher on the autistic spectrum than Christians and Jews.”

Thinking about what Autism is, it is not so difficult to see why this might be so. For people on the Spectrum, it is hard to understand figurative language and anthropomorphic language, which is language that takes abstract truth and wraps it in human thinking, forms, and feelings. People on the Spectrum can get abstract concepts. Many are physics and engineers. But wrapping it in human emotions and human choices and nuance is difficult for them, usually. Often, a personal God is more difficult for ASD people than an impersonal force.

Next, is the social component. Social groups and social engagement is difficult for ASD kids. The difficulty becomes even more acute when we are talking about a large group of people. Add in religion and spirituality, which ASD kids might feel disconnection from, and the issues become more pronounced. There can be social isolation and there can be intellectual isolation involved in church.

So Corey is a great example. He has difficulty entering a social group, that is clear. School 5 days a week wears him out and there are issues almost weekly we hear about from his teachers and professionals. Corey also does not connect to ideas of God and religion. He simply doesn’t, at least not yet. He likes a good story and we focus on that. In fact, we are reading through the Old Testament together. But religious faith is hard for him. And church is all about social engagement wrapped in religious faith. So it is doubly difficult.

Lastly, there is the emotional component. Many of us have a built-in incentive to come to church. We enjoy getting with friends and people we like. We feel satisfaction in knowing we are coming together to do good in the community, for example. We enjoy feeling emotionally connected to others and to God. In other words, there is an emotional payoff to church. For many on the Spectrum, this built-in emotional incentive doesn’t exist. Emotional payoffs are simply harder to come by for ASD kids. Most people on the Spectrum have in the whole of their life just three close relationships at most. That is all that is needed. And more than that would be difficult to manage. Knowing this, you can see why church, especially large churches, would be hard. There is no emotional payoff and sometimes the opposite. There can be a real emotional drain involved.

So what does this all tell us as a religious community? What can we learn?
Well, here are some ideas as we come to a close.

Autism teaches us that a spirit of acceptance, flexibility and inclusion is fundamental. There is nothing worse than being expected to give complete conformity when complete conformity is not neurologically possible. As I said last week, diversity, including neurodiversity, diversity in how people approach the world, is a given. We should experience others and interact with others accordingly. With openness, curiosity, and nonjudgment.

Secondly, on a very practical level, Autism teaches us the importance of routine. People on the Spectrum usually want routine. Thus, sticking with a liturgy and avoiding changing it is helpful. A regular, structured, routine Liturgy and Order of Service can be of comfort. There would be nothing worse for someone with ASD than changing the format every month with a lot of improvisation in each service.

Thirdly, again on a practical level, Autism teaches us the importance of speaking to different levels of approaching the world. People on the Spectrum think structurally and systematically and have difficulty with expressing emotion or reading emotion. Feeling inspired can come harder for them. Relating to abstract poetry or emotional stories and even nuanced jokes can be harder for them. They relate more to reasoned out thoughts and well-structured and orderly ideas. So balancing emotionality with systematic ideas in the sermon, for example, becomes crucial. Think of an engineer attending Sunday service, which many on
the Spectrum are. How do we reach them too?

Fourth, Autism teaches us to avoid forced intimacy, which I am thankful this church does avoid. Passing the Peace type segments where people are encouraged to get up, say hello to people, and interact? That would be a no for someone on the Spectrum. Asking congregants to look at their neighbor and say I love you in the Lord as I’ve experienced in one church? That would be a no. Having folks hold hands at the end of the service and singing a closing hymn like a church I was once a part of? Again, a no. This – forced intimacy – is torture for many ASD people. They will either check out or act out.

Fifth, Autism teaches us to be mindful of sensory overload. A lot of movement, standing up, sitting down, loud music, blinking screens, over the top emotionality, this can be very counterproductive for ASD folks. Again, they will either check out or act out.

Lastly, Autism teaches us the importance of alternative formats to just Worship.  Great examples of this involve very small groups focused on areas of interest is great for ASD folks as well. For example, a Star Wars club, that would be a very ASD friendly club. Incorporating the spiritual themes of Star Wars in a natural and unforced way (pardon the pun), that is a best practice that might reap benefits.

So, I close with this. We live in a society where conformity is expected, don’t we? We live in a society where doing things the way they’ve always been done is the norm, especially when it comes to the church world. "Mind your manners," how many times have we heard and said that? But Autism reminds us that conformity, typicality, good manners are not always possible.

And thinking about this, it is good to remember, “God doesn’t make mistakes.” Maybe God is teaching us through people like Corey that the world is diverse, each human brain is different and approaches the world differently, and yet amid this diversity and difference, each human being carries God’s image and is hence beautiful. Like all of us, people on the Spectrum carry the image of God and reveal it in the world. In other words, there is a little bit of the Spectrum in God and its expressed in kids like Corey. Ponder that one for a bit.

So last week we visited Friendly’s Restaurant in Gardner. Per usual, Corey said hi to everyone on the way to being seated as well as once seated, including to the waitress, more than once. It is an example of his repetitive behaviors that are core to ASD. He was his usual extroverted, unique, 20 questions self. And in the process, in the process of breaking up the monotony plodding around that restaurant that day, Corey broke through.

In talking with the waitress, Corey shared that he is on the Spectrum. In reply, she said, "well, you are beautiful." Corey quipped, "but I am a boy." To which she answered, "boys can be beautiful too."

At the end of our time in a Friendly world, Corey told the waitress you’d make a great mom. She was a mom – of five kids and two grandchildren.

As we left, the waitress stopped us and looked at Corey and said, “you made my day, Corey.” I believe she meant it. To quote a songwriter, "sometimes life can be so grand!” This is what Corey regularly teaches me.