"A Lull in the Rhythm of Daily Doing"

THE place of prayer & meditation in the life of modern man is limited & hedged in by the multiplicity of details to which attention must be given as a normal part of daily experience. It is true that in some sense a man’s whole life may be regarded as his prayer. Ordinarily, what a man does is an expression of his intent, & his intent is the focusing of his desiring, & his desires are the prayers of his heart. But such explanations are far from satisfactory. There is no argument needed for the necessity of taking time out for being alone, for withdrawal, for being quiet without & still within. The sheer physical necessity is urgent because the body & the entire nervous system cry out for the healing waters of silence. One could not begin the cultivation of the prayer life at a more practical point than deliberately to seek each day, & several times a day, a lull in the rhythm of daily doing, a period when nothing happens that dem&s active participation. It is a wonderful way with which to begin the day & to bring one’s day to an end. At first the quiet times may be quite barren or merely a retreat from exhaustion. One has to get used to the stillness even after it has been achieved. The time may be used for taking stock, for examining one’s life direction, one’s plans, one’s relations, & the like. This in itself is most profitable. It is like cleaning out the closets, or the desk drawers, & getting things in order. The time may be used for focusing & re-focusing one’s purposes in the light of what at first may be only one’s idea of the best & the highest. Then quiet changes begin to take place. Somewhere along the way, one’s idea of the best & the highest takes on a transcendent character & one begins to commune, to communicate with one’s idea of the best & the highest— only a man does not talk to, or with, an idea. When the awareness of God comes in— how He entered, one does not know— one is certain that He has been there all the time. This assurance is categorical & becomes the very core of one’s faith; indeed, it becomes more & more one’s faith. Suppose you begin now, this day, with the use of the quiet time in some such fashion as suggested.

Howard Thurman wrote this in the 1960’s. The multiplicity of details demanding our attention has grown exponentially since then, hasn’t it? It has dangerously really.

One of the details demanding our attention is of our own making in some ways. I am thinking of social media. Facebook for me. In some ways, Facebook is very helpful. A big part of my job as a minister is using social media to garner interest and share info. It really is vital.

However, Facebook has its drawbacks. It can be addictive.  In this case, the more you use it, the more it demands your attention, and the more you can’t get away from it.

When you combine this with the normal demands of life – working to pay the bills, getting to work, raising children with the various and vital needs there, being involved in your family’s life – visiting parents and siblings, being part of a community of friends like a church. These are the demands life gives. And we have to tend to them.

These demands absolutely limit and hedge in the practice of prayer and meditation. Who has the time and energy to pray and meditate when in the spare time we have the only thing we really want to do is either take a nap or check out with mindless activities like watching TV or scrolling through Facebook posts?

So what are we to do?

Well, Thurman would have us remember that prayer and
meditation are not confined to a set time in the morning where we sit and pray or meditate. Thurman reminds us that all of life “may be regarded as a person’s prayer. “

There is surprisingly more to this song than you might think.

What does it mean to be careful? Well, for me, a great synonym for careful is “mindful.” When one mindful of what they are doing, when one is aware of the moment and of themselves in the moment engaging with various things in that moment, one is naturally careful, purposeful, intentional, not mindless.

There is a process, a maturing element to this. At first, especially when we are children, we are careful and mindful about what we see or say or hear because we sense loving God, like a parent, is watching and sees what we do. But when we grow and mature spiritually, we are careful and mindful about what we do because God’s love is such a part of us, so internally residing and real, that we are naturally moved by God’s love. And God’s love is the epitome of mindfulness.

But back to our central question what does it mean to do things like watch TV or use Facebook mindfully?

To mindfully watch TV or engage with FB means we are careful, we are mindful about what we watch on TV or how we engage with Facebook. Can we mindfully watch an ultra-violent TV show like “The Walking Dead” or “Game of Thrones”? Or a hypersexual movie? Or purposefully degrading talk shows? Or troll and make ugly and insulting comments on Twitter or Facebook?

I won’t answer these questions for you, but ask you to consider for yourself. But I will say if we watched TV or engaged with Facebook in the spirit of prayer and mindfulness, how different things would be. If presidential candidates - knowing that their intent is the focus of their desires, and their desires are the prayers of their hearts – lived with the idea that what they intend to do and what they want amounts to prayer, how different things would be.

What is clear, and what Thurman is strong in explaining, is that we cannot well live mindfully, prayerfully, healthily if we do not have a practice that undergirds all we do. He says that we need to take time out for being alone and quiet because “the sheer physical necessity is urgent… the body and the entire nervous system cry out for the healing waters of silence.”

The human body cannot withstand constant work, constant going, constant doing.  We need sleep, of course. But we also need what Thurman calls “a lull in the rhythm of daily doing. This lull is where we stop our minds thinking and working things out, which can happen even in our sleep. 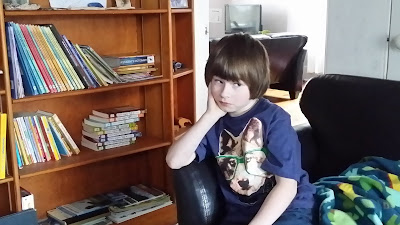 And then we turn on the TV and scroll down our FB page. I am just as guilty as you are.

It is amazing but true. In being okay with being bored. In finding contentment in simply sitting with God and doing nothing  at all, we do an incredible thing. We engage in what amounts to spring cleaning of the soul.

“We clean out the closets, or the desk drawers, and get things in order.” As Thurman notes, “quiet changes then begin to take place.”

As we sit with God, content with doing nothing at all but simply sitting with God, God becomes a part of us. Thurman says, “the awareness of God comes in [and] one is certain that God has been there all the time. This assurance is categorical and becomes the very core of one’s faith; indeed, it becomes more and more one’s faith.”

This is the faith of God’s presence all along. A faith that is born of us being present with God.


So I close as Thurman closes his meditation, “Suppose we begin now, this day, with the use of the quiet time in some such fashion as suggested.”