For surely you have heard about Christ and were taught in him, as truth is in Jesus.22 You were taught to put away your former way of life, your old self, corrupt and deluded by unhealthy desire and craving, 23 and to be renewed in the spirit of your minds, 24 and to clothe yourselves with the new self, created according to the likeness of God in true righteousness and holiness.

25 So then, putting away falsehood, let all of us speak the truth to our neighbors, for we are members of one another. 26 Be angry but do not sin; do not let the sun go down on your anger, 27 and do not make room for the devil [,the embodiment of selfishness and sin]… 30 And do not grieve the Holy Spirit of God, with which you were marked with a seal for the day of our return to God. 31 Put away from you all bitterness and wrath and anger and wrangling and slander, together with all malice, 32 and be kind to one another, tenderhearted, forgiving one another, as God in Christ has forgiven you.

I pick up where I left off last week. In fact, let me read the last paragraph from last week’s reflection. “In many ways, the Buddhist view of the self is closer to Paul’s view of the old self, the self that is in his words, “merely of the flesh.” The old-self is like the body, changing and mortal and wholly dependent on God’s grace. Yet too often that old self is seen as what it is not, as perfect, as separate and independent, as not needing anything, anyone, or any kind of grace.

Paul called for the birth of the new self through an internalization, a taking in, of the life of Christ. We just read about that a minute ago in our reading. This self is not perfect, not separate, not independent but in relationship with grace, with God’s grace perfectly pictured in Christ. The new self, the true self in Buddhist terms, is marked by relationship. Relationship with others, our environment, and with God.

Now, when we talk about old self vs. new self, we are not talking about some kind of change of who we are as persons. It is not an old coke vs. new coke. We are still the same old cola. What does change is our perspective of who we are. It is seeing the self for what it is – changing, mortal, imperfect, dependent and reliant on grace, the grace of God and the grace of God working in others, in other beings, in creation as a whole. 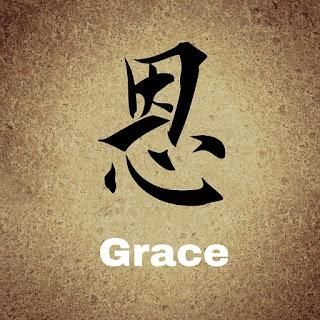 I think of the timeless and almost sacred poem by Wendell Berry where he talks about grace in the world that saves us from despair.

This grace in the world is the pivot that turns us from seeing ourselves as perfect, separate, independent, not needing anything, anyone, or any kind of grace to the opposite. Amid the grace of God evident everywhere in the world, we see our need of one another. We see our interdependence. We see the sacredness and utter need of relationships and companionships between ourselves and other beings and things in the world around us.

Actually, the story of the New Coke gives us a great example. The New Coke rose out of a neglect of the relationship, the feeling, the connection people had with Coca Cola. This New Coke wasn’t really Coca Cola, just another cola with Coca Cola written on it. New Coke was a recipe for failure.

How does Christ factor in here? Well, Christ is the original recipe, the original prototype. If we want to renew ourselves, if we want to let go of what keeps us back, follow the original recipe. This is what Paul talks about in Philippians 2. Paul introduces the recipe of Christ by first talking about the point of it all – cultivating good relationships in God’s community. The point, historically speaking, is a harmonious Philippians church community. Paul says, members of the Philippian church,

“Be of the same mind, having the same love, being in full accord and of one mind. 3 Do nothing from selfish ambition or conceit, but in humility regard others as better than yourselves. 4 Let each of you look not to your own interests, but to the interests of others.”

What Paul basically says, be flexible, be giving, be willing to bend a little, be willing to compromise, and let go of self for the sake of the community. Paul is saying at the deepest level, human selves need each other. For the human self, interdependence is a necessity and grace is a must. And from this, renewal comes.

The Paul points to the original recipe to follow:

“Let the same mind be in you that was in Christ Jesus,

who, though he was in the image of God,
not regard equality with God
as something to be exploited,
but emptied himself,
taking the form of a slave,
being born in human likeness.
And being found in human form,
he humbled himself
and became obedient to the point of death—
even death on a cross.
Therefore God also highly exalted him
and gave him the name
that is above every name,
so that at the name of Jesus
every knee should bend,
in heaven and on earth and under the earth,
and every tongue should confess
that Jesus Christ is Lord,
to the glory of God the Father."

So we come to the gist of it. What is Paul’s view of self? And why do I think it is the most helpful?

First of all, the human self for Paul is relational. The self cannot make it alone. Complete self-sufficiency and self-perfection is an illusion. That is the old-self speaking. The true self is defined by relationship, our relationship with God, the relationships of family, of community, and even of the natural world surrounding us.

And in our relationships, what is required to bring about any kind of harmonious relationship? There needs to be a humility-based give and take, communicating and listening, a reaching out and a receiving in. Fluidity, flexibility, and freedom within the self is necessary.

Secondly, related to the fact the self cannot make it alone, the human self needs the gift of grace. Grace is that force in the world that sees us just the way we are and still stays with us and keeps us close. Grace sees our imperfection yet looks past it to see something deeper, namely the image of God still there. Grace reaches out, giving us a wholeness despite our fractured lives, a completeness despite the messiness, a cosmos amid the chaos. Grace is empty of any ego or selfishness. Defined by a humility and vulnerability always reaching for us, Grace in turn offers us humility and vulnerability as our path back home. We need the grace of God and the grace of God in others.

Yes, the same Grace shared between Creator, Christ, Holy Spirit spills over. It spilled into the person of Jesus, and overflowed in him, and through him into Jesus-followers’ lives, filling us to overflowing. This overflow in turn spills into lives all around us.

Christian tradition knows this as kenosis, self-emptying. Following the recipe of Jesus, we empty ourselves, humble ourselves, and approach our relationships with this sense of giving-ness and grace.

Grace is the missing ingredient in the other views of self we’ve looked at. Grace sees the godly image we were created to be and the imperfect, fallible, and vulnerable beings we are, and Grace bridges the gap and gives us a balance. Grace is what enables us to live and thrive. She lives in our parents love and their nurture of us. Grace breathes in the love of our siblings, friends, and loved-ones. She is in the gifts of creation – the land, the air, the waters. Grace is in the laws of nature and the laws of governments. Without all these things, without the grace living in all things, we wouldn’t be.

Grace is the key, the balance, the foundation of who we are and who we are meant to be.

Don Erickson
I am the new minister of the Congregational Church of Plainville (UCC) in Connecticut and the former minister of the Community Church of North Orange & Tully (CCNOT), a federated church with the Unitarian Universalist Association and the United Church of Christ. I ended my pastorship at CCNOT in July 2018. I am clinically certified in pastoral care (ACPE), receiving my residency training in 2006-2007 at Tampa General Hospital. From 2007 to 2013, I ministered full-time as a hospice chaplain, 7 years which I credit as making me the minister I am today.