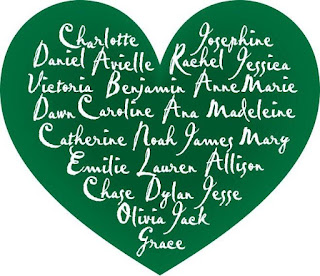 Yesterday, I get a text from Corey during the school day. He texted, "I am scared." Why? Because there was a kid at school who was accused of having a knife in his bag. This caused a big stir, naturally. Teachers were checking his bag. The school police officer was called. The kid was removed from the class and the class put on lockdown.Thankfully, it was a false alarm, and the school did the right things. But as we sadly know in America, it easily could have been the real thing, and gone a very different way. And it could have been a gun instead of a knife.Our kids know this. That is why Corey's text read, "I am scared." After all, they do lockdown drills in the case of an active shooter. Read that last sentence! Our kids practice going into lockdown in the case of an active shooter.Seeing those words, "I am scared" - it immediately shook me. As a parent, like thousands of parents across the country, there is fear in me in sending my kid off to school. It is mostly unconscious. This morning, it was not. And then I remembered what day it was.12/14... Nine years ago, in Sandy Hook, Connecticut, not far from here, 26 people, mostly 7 year-olds, were killed by a demented young man with an AR-15. Corey was 6 then. I am still dealing with the aftermath of that day.Sadly, not much has changed, as Oxford, Michigan reminded us just a couple weeks ago. We still have school shootings. We still have young men with guns meant for the battlefield being wielded around like trophies in our neighborhoods. We still don't have universal background checks, the minimum that can be done and which the vast majority of Americans favor.We are a nation that cries and hollers about a certain way of teaching the history of racism in this country. We are a nation that shouts about our kids having to wear masks in the middle of a global pandemic. We are a nation that loves a good culture war. And we are a nation that has among the poorest records of protecting our children, not even able to pass common sense gun laws, if only to show we give a damn. We are a nation that sees it kids having to do active shooter drills without a peep or protest from parents. Shame on us!So, I will do my work and watch the time today, on pins and needles till the moment my son gets in my car and we drive home
No comments: