LOOK FOR THE HELPERS
Maybe you saw it on the news, but a couple months ago legendary American musician Tom Petty died. Petty was one of my favorites and has been for a while. Knowing this, last week, Holly came home from the grocery store with a “Special Tribute Edition” of Rolling Stone remembering Tom Petty. I have been reading through it since then. One of the last essays about Petty in the edition discusses his last tour, the one he finished just before he had a heart event that took his life. It focuses on the friendship and brotherhood of Petty and his bandmates. It begins with these words: 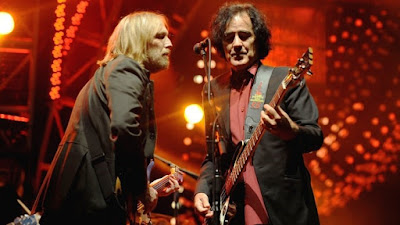 “Bassist Ron Blair has battled stage fright for years since rejoining the Heartbreakers in 2002, after a 20-year sanity break. He wanders into Petty and cops to something you're not likely to admit to your bandleader unless you've known him for 40 years. ‘I'm kinda nervous, you know,’ says Blair in a quiet voice.

Petty rarely describes himself as the leader of his band, but as ‘the older brother they sometimes have to listen to.’ Tonight, he gives Blair some fatherly assurance and a toothy Southern smile: ‘Let me be nervous for you.’

READING: 1 Timothy 2:1-6
I exhort therefore, that, first of all, supplications, prayers, intercessions, and giving of thanks, be made for all;
For kings, and for all that are in authority; that we may lead a quiet and peaceable life in all godliness and honesty.
For this is good and acceptable in the sight of God our Savior;
Who will have all to be saved, and to come unto the knowledge of the truth.
For there is one God, and one mediator between God and humanity, the person Christ Jesus;


Who gave himself a ransom for all, to be testified in due time.

Let me be nervous for you, Tom Petty said to his nerve-wracked bassist.

The story of Tom Petty saying this and meaning it points to a biblical concept central to the Christian faith. I am going to call it transformative selflessness. What I mean by transformative selflessness is this: it is the act of someone sacrificing themselves for another’s benefit which in turn transforms them both. Traditional Christianity knows it as Redemptive Suffering or Sacrificial atonement.

Tom Petty saying "let me be nervous for you," it is a low-level example of transformative selflessness. But it gets at the idea nicely. Let me take on your nervousness so that you don’t have to experience it, at least not as much.

Come unto me, all ye that labour and are heavy laden, and I will give you rest.

Take my yoke upon you – let me guide you – and learn of me; for I am meek and lowly in heart: and ye shall find rest unto your souls.

I also recall one of the first Bible verses I was taught and memorized. Yes, as a kid we were taught to memorize Bible verses. It has served me well. I don’t always remember them word for word, but I remember the heart of the verses. This is certainly true for I Peter 5:7: “Cast all your cares upon him for God cares for you.” Cast all your nervousness, your anxiety, your stage-fright, your fear in general upon God, and God will love you into being. God is Love. In God, there is no fear for Love casts away all fear. Because of this we can be who we’re supposed to be. Because of this we can enter every stage of life and have no stage-fright.

We see the concept of transformative selflessness in a number of verses in the New Testament. Jesus in John 15 says, “Greater love hath no man than this, that a man lay down his life for his friends.” Jesus is referring to disciples whom he called friends. In a similar teaching, Jesus in Mark 10 says, “For even the Son of Man did not come to be served, but to serve, and to give his life as a ransom for many." The many are his disciples and followers.  A ransom was a payment given to free a slave. Jesus says he has become a servant and will exchange his freedom for his friends. He becomes a slave so his friends can be free. This indeed is a selflessness that transforms, a compassion that changes the hearts of those who receive such compassion.

Paul or maybe a student of Paul’s in I Timothy 2:6 refers to Christ Jesus as the man who gave himself as a ransom for all. Christ’s selfless compassion is expanded to embrace not just his disciples and followers but all, everyone, humanity in general. Paul applies to all Christ’s sacrificial death that protected and saved the lives of his disciples. What Paul is saying is such selfless compassion saves us and will save us all.

This week, I came across another beautiful example of the biblical concept of transformative selflessness, the act of someone sacrificing themselves for another’s benefit which in turn transforms them both. 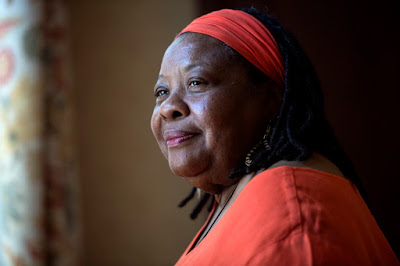 Ruby Sales is a venerated civils rights activist who has been involved in the movement since the 1960’s. She continues the work of civil rights to this day, civil rights sadly still having to be struggled for. She is also a public theologian who last year did an interview on the radio show On Being that you all should check out. One of my heroes. She has a really incredible story to tell.

This week I was reading about her life. A central event, maybe the central event, of her life happened in 1965 when she was just 17 years-old. She was active in what she calls the Southern Freedom Movement in Alabama, protesting segregated stores and restaurants that were by 1965 breaking the law – segregation was outlawed by the Civil Rights Act of 1964.

A group of 29 of these freedom fighters, including Sales, led a protest in Fort Deposit, Alabama. They faced violent threats and abuse by racists. They faced the anger-contorted faces of a mob of white men with clubs, shovels, and garbage cans and were afraid for their lives. These young people were willing to pay the ultimate price for justice. Indeed, after some tense moments, they were arrested and thrown in jail in nearby Hayneville, in the courthouse jail.

Now, before we continue with the story we should note that Ruby and the other protesting in and of itself are examples of transformative selflessness. They offered their bodies to resist an evil system. They were thrown in wretched jails, beaten up, even killed in that resistance. They resisted nonviolently in attempts to make America truly great and to make it all it said it was. Yes, in these Freedom Movement non-violent warriors, we have prime examples of transformative selflessness.

Back to our story. Eventually, the protesters were released from the Hayneville jail and were awaiting transport out of town. As they waited, Ruby Sales and a few of her fellow protesters – a Catholic priest, an Episcopal seminarian, and two young students – went to buy sodas for the group in one of the few stores that followed the law and served non-whites. Even that was objectionable to a local named Tom Coleman.

Coleman was a construction worker and a special county deputy. Shotgun in hand and pistol in his holster, he blocked entry into the convenient store. He threatened violence to those who attempted entry. His threats and hate gave way to murder. He began to shoot, aiming his gun at 17 year-old Ruby Sales. A fellow protester by the name of Jonathan Daniels pushed Sales out of the way and took the bullet meant for Ruby. 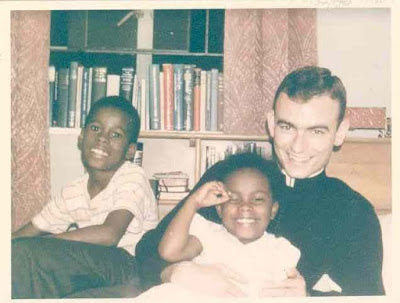 Jonathan Daniels was a white Episcopal seminarian and a graduate of Virginia Military Institute born and raised in Keene, NH. In 1963, moved by the words and deeds of Martin Luther King and his faith, and perturbed by the withholding of justice and equality to American citizens of color, Daniels joined the Civil Rights Movement. Little did he know the costs he’d pay. Little did he know the inspiration he’d give to countless others in the struggle to follow the way of God and stand up for the downtrodden.

Upon learning of Daniels' murder, Martin Luther King, Jr. stated that "one of the most heroic Christian deeds of which I have heard in my entire ministry was performed by Jonathan Daniels".


Daniel’s sacrificial act and the violence that precipitated it, as Sales stated, shattered and devastated her and changed her. For more than 7 months Sales could not speak. In general, she shutdown, word she used to describe the aftermath of that tragic day. In the wake of the horror, which included the acquittal of Coleman by an all-white jury, she was silent. In the wake of Daniel’s act of transformative selflessness, and her own, she would spend her adulthood finding her voice, becoming "full-voiced," as she puts it. Thankfully, she found her voice and to this day she is speaking truth to power.

We must note, Transformative Selflessness is not just a Christian thing. It crosses cultures and religions and peoples. Someone selflessly suffering for the sake of and even dying to save another, and the honoring of this, is found in every society. The Vietnamese Buddhist monks, protesting violence on both sides of the war destroying them, giving themselves up to the fire, representing anger and hatred all around them – this was a Buddhist-based example of transformative selflessness.

That said, we must recognize something vital about transformative selfless. We must recognize it because it is true. Transformative selflessness is something that is innately subversive and resistant in our culture. In our culture, yes, we give lip service to Jesus’ sacrifice and to acts of selflessness on a theoretical level, but as a culture we glorify and seek after the opposite – individualism, ambition, and personal comfort often couched in terms of inner peace.

I would like to close with the story of Paul on the Road to Damascus, the story of a transformation. Here was Paul, then known as Saul. A powerful religious leader and persecutor of early Christians deemed the lowest of society. He was witness to and complicit to the murder of a Christian named Stephen. Paul held the coats of those who stoned Stephen for believing Christ the Messiah.

It was this Paul whom the transformative selflessness of God sought out. With a blinding light that dropped him to his knees, Christ reached the calloused and fanatic Saul with a jolt. And then Christian after Christian accepted him, forgiving him, welcoming him, embracing him. These everyday Christians, their transformative selflessness mirroring Christ’s, welcomed even one who persecuted them. Paul would never be the same. How could he be? The world would never be the same. An Empire would fall and a new way of being revealed.

Such Transformative selflessness changes us. Once we stop long enough to really see, it can’t help but to change us. It moves us to see our own vulnerability and eventually other’s. A community of the vulnerable known as the church is the result.  We here are the result.