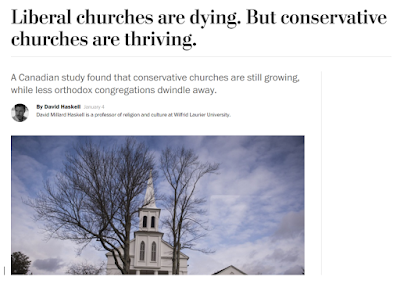 A couple days ago, January 6th, was the Day of Epiphany. The word epiphany is actually one of my favorite words. It is a lovely word. And it has several meanings.

When it comes to the Christian holy day known as Epiphany, there are actual two versions of Epiphany. Western Christianity’s version of Epiphany commemorates the arrival of the Wise Men coming to visit baby Jesus. We Three Kings of Orient Are. They come bearing gifts – gold, frankincense, and myrrh.

There are a couple more general meanings of the word. It can be a religious term that refers to an appearance or manifestation especially of a divine being. So in Greek mythology and Hindu mythology there is a range of epiphanies, the appearance of various gods to bring a message or reveal a judgment.

Lastly, there is the common usage we hear a lot. This is how the Mirriam-Webster dictionary puts it:

a (1) : a usually sudden manifestation or perception of the essential nature or meaning of something

I experienced an epiphany listening to Beethoven’s 9th Symphony – I saw the truth of God – that would be an example of this definition.

(2) : an intuitive grasp of reality through something (as an event) usually simple and striking (3) : an illuminating discovery, realization, or disclosure
b : a revealing scene or moment

An example of these definitions? Today, I had an epiphany – Winter in New England is no fun.


Epiphanies at their most powerful lead to transformation, to some kind of conversion to a new way of being. In the epiphany experienced by the wise men who come to visit baby Jesus this is certainly true. They come and are changed. They head back home different somehow. They feel closer to God. They experienced a moment of deep peace and redemption and they journey home with a sense of freedom and a deeper insight into the meaning of Grace.

With the Baptism of Jesus by John the Baptist, we can imagine something changed in John in the process of baptizing Jesus. John experienced the real meaning of humility and selflessness in Jesus. He also heard the voice of God claiming Jesus as his beloved.

But I also think Jesus experienced some kind of transformation.

The Gospel of Mark begins with the Baptism of Jesus. There is no Nativity story in Mark. No story of angels coming to Mary and Joseph. No virgin birth. No shepherds or wise men visiting. Mark begins with an adult Jesus arriving on the scene and John the Baptist’s introduction of Jesus as the anointed one, the promised one, the one. Jesus is baptized and then is tempted in the wilderness and passes the test, then Jesus returns to begin his ministry.

Does Jesus simply go through the motions during his Baptism? Was it simply a thing he was expected to do, something to get out of the way so he could begin his ministry? Or did the Baptism hold some importance and meaning in Jesus’ heart?

I think it was a very meaningful experience for Jesus.

In the early days of the church, all the way up to the 300’s, there was a school of the Jesus tradition that would come to be known as Adoptionism. The school asserted that Jesus became the Anointed One and the Son of God upon his Baptism. The Holy Spirit in the form of the dove comes down as Jesus ascends fromm the water, anointing Jesus. The voice of God declares that this One, this man, is the beloved Son of God. This amounts to God adopting Jesus as Holy Son and sending Jesus off to do the Father’s work of salvation.

Now, whether this is correct doctrine or not I won’t get into. But the fact that a whole school was built around the event of Jesus’ baptism in the earliest days of the church, and that the oldest gospel, the gospel of Mark, begins with the Baptism, tells us that the Baptism of Jesus was no insignificant experience. It was incredibly important in the life and ministry of Jesus. Jesus felt God’s presence extraordinarily. Jesus experienced the anointing of the Holy Spirit. Jesus heard God’s voice break into time and place. This scene of transcendent glory is only matched by the story of the Transfiguration, the Crucifixion, and Resurrection.

The Baptism also represented Jesus accepting his calling, his ministry, his appearance to the wider public as Son of God. It was a moment where there was no turning back, the point of no return.

In mainline churches like this one, we often dismiss the reality of conversion, of heart-transformation, of turning toward God, of a heart-decision to truly see Jesus and truly internalize his life and teaching and follow the Way of Love he taught and lived and died for. We also dismiss the reality of mystical experiences where we sit and commune with, have quiet time with God in a personal way, and experience the indwelling of the Spirit. It is something more Evangelical churches talk about and foster in its members. “Growing in the Lord,” it is called. Some call it “Getting to know God.” I call it sitting with God. In sitting with God we naturally experience sacred moments, peaceful moments, strengthening moments.

There was a recent article in the Washington Post that talked about a survey of churches in Canada. The headline says it all, “Liberal churches are dying. But conservative churches are thriving.” I wonder what is lacking. The lack of spiritual and emotional buy-in in the liberal church? The lack of a devotional element where we feel a deep connection to God or to the Truth of Love or to Jesus the Way-Shower? The lack of expectation when it comes to contemplating and studying sacred texts, practicing prayer and meditation, and worshiping together?

I am not talking doctrinal correctness here. But devotional depth.